Don Hendricks
Don started Don’s Bike Center in the Spring of 1996 with his wife and partner Julia. Don’s passion for all things bikes started at a much earlier age, somewhere around the age of 13 during the great era of the 10-speed bicycle. It was the late sixties; ten speed race bikes from Europe hit the states and began the great American bike boon of the early seventies. Don jumped on board with his first new bike, a Campy equipped Gitane Tour de France. Before long he was regularly climbing highway 9 out of Las Gatos, CA. Don became fascinated with long joy rides and weeklong tours during his High School Years. Motorcycles took over during his early career as a machinist but bicycles reappeared during his days as an Engineering Student. By the mid Eighties, mountain bikes began to make a real presence. Don saw them as a perfect re-entry to fuel his passion for bikes. His first quality mountain bike was a 1986 Panasonic 6500 Mountain Cat, a fully rigid bike. Mountain biking soon became his go to activity and remains so to this day along with frequent road rides. After a successful 13 year career as Bio-Engineer and Engineering Manager it was time for a lifestyle change. He and his wife and three kid’s relocated to Grants Pass, OR and started Don’s Bike Center. His passion for bikes exploded immediately. He soon learned the ropes of bicycle mechanics, sales, service, and most importantly customer service. Over twenty years later Don and Julia still own and run Don’s Bike Center and they are now joined by their son Ted. Don takes great joy in leading bike rides with his friends and customers. He still loves both Mountain Biking and Road Riding. He tries to ride two to three times a week year round. He has even been known to hit the snowy trails in the winter, although you won’t find him out much on rainy days. Look for him on the trails riding the latest Specialized Epic full suspension dream machine, or on the road on his high zoot Specialized Roubaix. 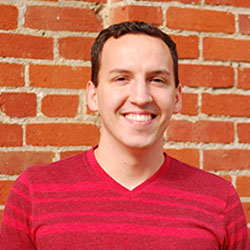 Ted Hendricks
Ted is Don and Julia's son and began working for DBC in the spring of 2013. You may find him behind a computer quite often, but that doesn't mean he's not working. He is responsible for controlling inventory, website maintenance, and social media. When he's not behind a computer he is our lead salesman and is responsible for assembling most of our beautiful bicycles. He loves talking about and selling bikes almost as he much as he loves riding them. Currently he is most excited about the recent growth in electric bikes and hopes that they will continue to gain in popularity. They are the most fun bikes he's ever ridden and thinks it's great that they are getting more people on bicycles. He has a degree in web development which he began studying when he decided it was time for the bike shop to get a website and decided to build one himself. He currently rocks the newest Specialized Stumpjumer 29 and a Specialized Tarmac. 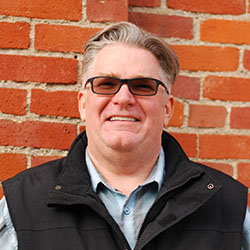 Eric Dickerson
Eric is one of our main mechanics and he's been with us since the beginning. Eric has actually been working in bike shops since he was just 14 years old. The first job he ever had was working at a bike shop in exchange for a new bicycle. The amount of experience he has means that he's ready to tackle any job. It's quite rare that someone brings in a bike with a problem that he hasn't already faced numerous times before. He specializes in custom building wheels and suspension service.

Julie Hendricks
She's the lady behind the scenes, in charge of the accounting and marketing. She loves riding bikes with other ladies and encouraging women into cycling. She has played a huge part in growing the female turnout for our weekly group rides. Her favorite part of the bike business is being in the shop and seeing someone get a new bike, there is usually a great excitement about them. Then she watches one of our salesmen shake their hand and thank them for the business. For her that's the best part because in many cases that's the beginning of the relationship with our customers. It's even better when they begin to come out on rides and become part of our cycling family. 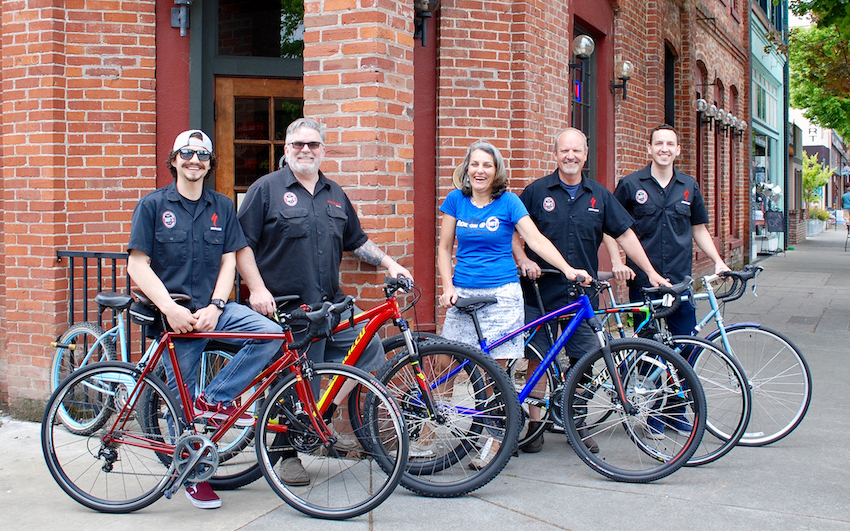 At Don's Bike Center, we’re passionate about bicycles. They are great for your personal health and for the health of our environment. Bikes can help you save money on transportation, and can provide you with endless miles of fun with your family and friends.

Since 1996, Don's Bike Center has been proudly serving all types of cyclists. With a comprehensive online catalog, we’re here to help you with all of your cycling needs. Learn more about what makes Don's Bike Center unique, and visit us today to meet our friendly staff and experience our incredible product selection.